The benefits cinnamon essential oils can refer to either the Cinnamon Leaf Oil or the Cinnamon Bark Oil. Both are from the same plant or tree. As the names reflect, the leaf oil is from the leaves, hence the tree is not cut and left to continue growing. The bark oil is from the bark of the tree, which means the tree peeled and somewhat de-barked. So in a natural Eco-conscienious soap-maker way, we would probably want to use the leaf version. Another really good reason for using the leaf version is the cost – it’s way less than the bark version. 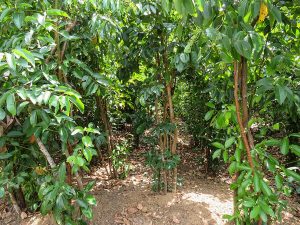 It is obtained from the distillation of the inner bark of the cinnamon tree. These essential oils sound very similar, yet the leaf version is considered less toxic than the bark version. For any aromatherapy purposes, always use the less harsh Cinnamon Leaf oil.  The cinnamon powder that you use for cooking is from the inner bark of the tree. This bark is peeled and rolled and left to dry, and it is this that gets ground into a powder. You can make the powder yourself with a cinnamon bark roll that is usually found in supermarkets. 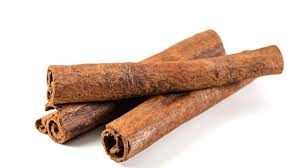 The cinnamon leaf uses and properties include being a stimulant to a slow digestion, relieve flatulence and spasms and combat intestinal infection.  Respiratory and circulatory stimulus is reported as well as aiding rheumatic problems and chest infections.    This aromatic oil also boosts the immune system against colds and infections and it has anti-septic and anti-microbial properties. This essential oil is a natural remedy for head lice, scabies and other skin infections.    Mentally, cinnamon is known to relieve mental fatigue, improve concentration, relieve nervous exhaustion and help to lift depression. Cinnamon is now being reported to be an aid in reducing diabetic symptoms.

Cinnamon Leaf essential oil can be harsh too, although not as harsh as the bark oil, and can cause skin irritation, even in low concentrations.  Because of the natural strength of this oil, when making any essential oil blends and when blending with carrier oils, don’t exceed 1%.

Cinnamon is a great room freshener.  You can add a cinnamon stick to a simmering pot, along with orange (essential oil or dried peel) and basil, for a blend reputed to refresh the mind and soothe the nerves.   When using cinnamon essential oil to scent soap, you don’t need a lot to make a good strong scent.  We made a Christmas Spice, aka Orange Spice, soap that was very popular.  It was a blend of cinnamon, cloves and sweet orange essential oils. It was tinted orange (for the orange) and with a medium brown swirl (representing the cinnamon and cloves). The image below show the 4 quadrants of a cinnamon leaf. 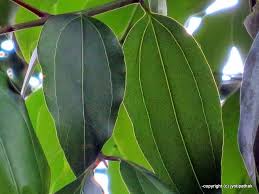 Here’s the Orange Spice/Christmas Spice soap recipe, where cinnamon is an aromatic necessity to the soap scent.