When you always buy brand name grocery store soap, some wonder what is homemade lye soap and what is the difference. Simply, lye soap is soap that is made with lye, or aka Sodium Hydroxide, aka NaOH,  or aka caustic soda,  and it’s a must-have for making cold process soap. The lye or sodium hydroxide creates a strong alkaline solution when dissolved in water. 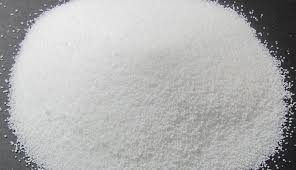 It is used in many industries as a strong chemical base in the manufacture of pulp and paper, textiles, drinking water, soaps and detergents and as a drain cleaner. Because Sodium Hydroxide is a common base in chemical labs, 45 million tonnes plus are produced each year.

Basically, lye is an electrolysized salt, a pure sodium hydroxide that is considered a solid; available in pellets, flakes, granules, and as a 50% saturated liquid solution. I bought mine in 50 lbs bags (image below) and this brand resembled salt crystals. Because it is hygroscopic, it absorbs water from the air, and should be stored in an airtight Rubbermaid-type of container, like I did at my store. Because any liquid spilled into the sodium hydroxide would start activating it.

When I had my soap store, often people would ask if there was lye in the soap, because they wanted soap without it, like glycerin soap they said. We had to tell them that all soap has it, even the melt and pour/glycerin type bars. That the melt and pour that you can buy to make those clear bars, has already been through its oil/water/sodium hydroxide phase. 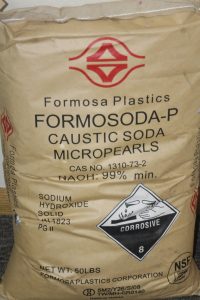 What is homemade lye soap?

Because I know people are wary of lye, I’ve noticed that some soap makers avoid using that word when describing their soaps in their advertising and labeling. For instance, “naturally saponified” is used, which is legal.
I saw one website where the question was, “What does saponified mean?”, the answer was “It is the traditional way of making soap from vegetable oil.” When in fact, the traditional way of making soap was lye from wood ashes, water, and animal fats. AND this answer dodges the ‘lye’ portion of an appropriate and correct answer.

There is also another type of lye called Potassium Hydroxide, which is used for hot process soap. This is also used to make liquid soaps, which many people prefer. Approximately 100 times more lye or sodium hydroxide for soap making is made over Potassium Hydroxide. Because potassium soaps require less water to liquefy, they can contain more cleaning abilities (detergent-ness) than liquefied sodium soaps. So when that laundry detergent company states a newer concentrated formula, it means that they are adding less water.

As scary as this item is, it is also in a surprising number of household products. Drain Cleaner can be up to 95 percent lye or sodium hydroxide solution, and some of those anti-wrinkle face creams, they too have a small amount of lye. This creates a very minor burn action on your face, which in return, your skin adds fluids to the area in order to protect itself, and thus, the ‘appearance’ of younger ‘looking’ skin. I bought eye drops and it had sodium hydroxide! because this salt neutralizes liquids in small amounts. 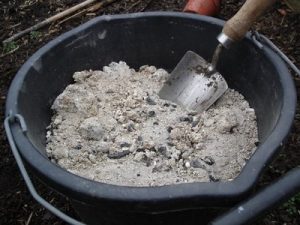 On the internet, I saw an article, complete with images, on how to make soap from ingredients easily found in a grocery store. This included drain cleaner and those toxic room freshener liquid refills for the scent. Avoid doing this for a number of reasons: 1) drain cleaner also has a number of toxic chemicals in it to assist in cleaning drains; 2) using a drain cleaner you would not be able to measure accurately for a decent bar of soap; 3) using an equally toxic room freshener liquid as your scent could be hazardous as well, as not all synthetic liquid scents are for soap making.
Gosh, you’d be better off with store brand than a homemade soap like that.lye

A here’s a basic soap making recipe, the best yet simplest one, with Olive, coconut, lye and water.

What is homemade lye soap? Here is a great article from Mother Earth News on how to make soap from wood ash – you know – the old fashioned way.