Beer soap making, it can be complicated. We made a beer soap at the store, and because we live in cattle country, we called it Redneck. Supposed we should have called it Cowboy, but most of the customers were tourists and to them, we are in the middle of nowhere. With last century technology. First you have to let your beer get flat, we want no carbonation. Also, after the carbonation is gone, you are going to freeze the beer into ice-cubes. This coldness will help the lye/water solution to not volcano, like it did to me once. 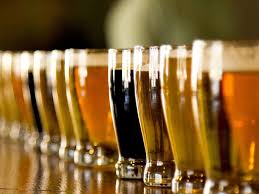 There are many labels for this type of soap. Besides just Beer Soap, there is Redneck, and Cowboy. If you live in  a brewery town, I’d use that beer. I’d stick with as local as possible for the beer selection, people want to know that there maybe favorite beer can also be a soap. No local beer, then pick a best seller.

This first image is similar to how my beer soap making looked. Nice neutral color with a vertical label: 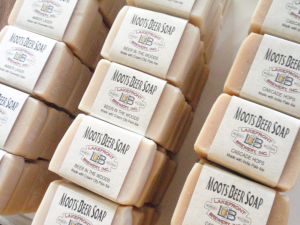 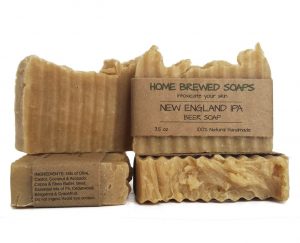 This beer soap is using a lighter colored beer, hence the lighter soap. Also packaged nicely to prevent damage, with a little window to see the soap: 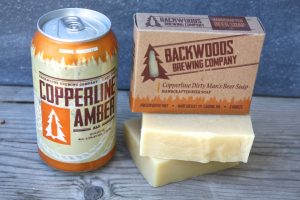 Here are what is considered benefits to drinking beer, not sure if I agree with all of them, lol.